While admittedly formulaic and replete with rather cliché plot devices, Ben Affleck’s second directorial feature The Town is nonetheless much more than a Hollywood marketing vehicle. Starring Rebecca Hall and Affleck himself in the lead roles, this is a very decent crime drama with a good mix of intriguing story, sporadic character development and high-octane moments. Affleck borrows heavily from classics such as Quentin Tarantino’s Pulp Fiction (1994), Guy Ritchie’s Snatch (2000), and Clint Eastwood’s Mystic River (2003) to construct a vibrant, kinetic film rich in action and atmosphere, and catch the viewer off guard with an ultimately tragic denouement.

The Town takes place in Charlestown, a quiet Boston suburb and the unlikely bank robbery capital of North America, where Doug MacRay (Ben Affleck) and his partners in crime are preparing for their next job. Organized and high-tech, these guys are no rookies from Oceans Twelve (2004) or The Italian Job (2003) – they destroy fingerprints with bleach, torch getaway vehicles, and leave no security camera tapes behind. However, when a problem occurs during a holdup, the masked assailants are forced to briefly take hostage bank manager Claire Keesey (Rebecca Hall) to use as leverage against the converging police. The unforeseen consequences of this rash move provide Affleck’s scenario with its narrative hook as Doug, tasked with keeping an eye on Claire after her release, inadvertently becomes attracted to his target. 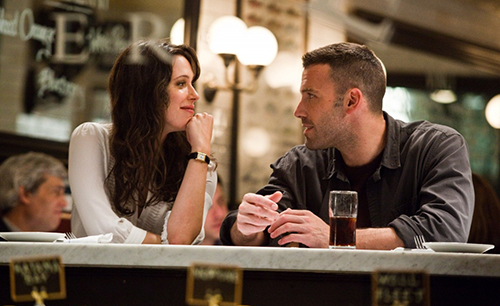 Predictably enough, from this point on the story develops in a vein similar to Kim Jee-woon’s modern South Korean classic A Bittersweet Life (2005) with Doug looking desperately for ways to exit the criminal enterprise and eventually turning on its bosses. Affleck weaves an impressively varied and rich story of two well-portrayed individuals who meet as a result of a crime and strike up an unlikely romance doomed from its start by the circumstances of the same crime. Doug, who comes from a troubled family background, is faced with a tough choice between pursuing his love for Claire and remaining loyal to his partners. Likewise, the decision to collaborate with the official FBI investigation is a difficult one for Claire.

Comparisons between The Town and Clint Eastwood’s Mystic River (2003) are perhaps inevitable due not only to the shared Boston setting, crime drama subject matter and tricky questions raised in both films about the nature of justice in America, but thanks also to the uncomfortably real, deeply pervasive air of fatalism that characterizes the two works. However, these parallels notwithstanding, Mystic River undoubtedly remains the more serious and originally climactic work, while The Town is significantly lighter on its audience, opting for action and simplicity rather than Dostoyevskian depth. 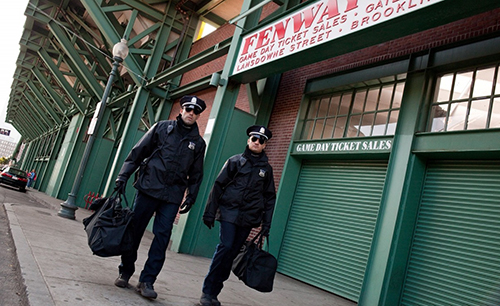 The Town offers an intellectually stimulating yet remarkably adrenaline-rich new take on familiar themes, a breath of fresh air in the midst of a mainstream film market polluted with pointless, effects-ridden action extravaganzas and classless, recycled remakes. Affleck’s direction remains stellar throughout the picture, as do the acting abilities of everyone involved. Robert Elswit’s excellent cinematography and a visceral sound score help lift the work even further above the pack.

The film is easy to recommend to most audiences, but especially to those lucky souls looking to savor a fast-paced crime thriller that does not require a complete suspension of its viewers’ mental faculties to be fully appreciated.