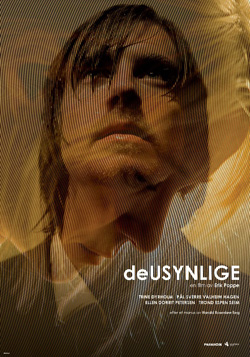 As if to confirm the nascent renaissance in Scandinavian cinema marked by such heavily acclaimed works as Let the Right One In (2008), Girl with the Dragon Tattoo (2009) and the more commercial Dead Snow (2009), director Erik Poppe’s Norwegian film Troubled Water sets out on a formidable task: to examine the nature of human loss and reconciliation in the wake of a Dostoevsky type tragedy. Profoundly sad and thought provoking, this meditative work is a clear triumph for humanist cinema; a true genre film that meets and exceeds the highest of expectations and is virtually guaranteed to move its audience like no other.

Freshly released from prison after serving an eight-year sentence, Jan (Pål Sverre Valheim Hagen) tries to avoid attracting unwanted attention by giving his middle name Tomas when he interviews for a job as an organ player at a local church. Having done his time for the kidnapping and murder of a little boy back when he was a teenager, Tomas is deeply ashamed of the crime he has committed, but tries to leave the past behind and get on with his life. After getting the job thanks to a last-ditch attempt at a live audition, Tomas starts seeing fellow church worker Anna (Ellen Dorrit Petersen) and his life slowly begins to acquire some semblance of normalcy, when he is spotted by schoolteacher Agnes (Trine Dyrholm), the mother of the boy he has killed. 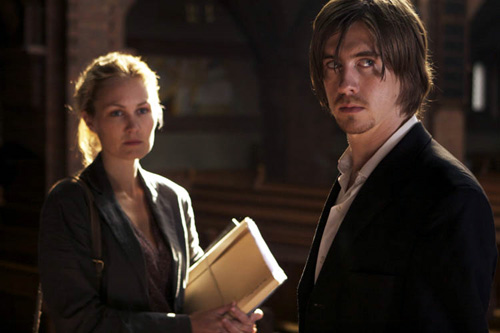 A lengthy showdown between these two characters ensues with the narrative focus temporarily shifting to Agnes and her side of the story. After she finds out about Tomas’ release from prison, Agnes wants to have a one-on-one talk so she can hear him say personally why he killed her son. She is shocked, however, to see Tomas working at a church and spending time with Anna’s young son Jens. While Tomas is reluctant to meet and apologize, Agnes becomes more and more preoccupied with the matter and worried about the safety of her two adopted children. She begins to secretly follow Tomas around town, alarms Anna by telling her about Tomas’ criminal past and essentially kidnap Jens when Tomas is away for a few minutes.

Troubled Water provides interesting insights into the nature of insanity and personal guilt, and delivers a surprisingly complex look at the origins and meaning of good and evil both from a religious standpoint and from that of an individual who lacks faith. Pål Sverre Valheim Hagen, Trine Dyrholm and Ellen Dorrit Petersen, the three main leads, all turn in stellar performances accompanied by a beautifully composed sound score and some of the most esthetically refined cinematography to come out of Norway in a long time. However, the film’s true power lies in Erik Poppe’s choice to essentially switch from the narrative perspective of the perpetrator to that of the wronged party half way though the picture, resulting in a brilliant deja vu effect that establishes two distinctly different experiences of the same events and allows us to gain deeper insight into the minds of the characters.

Following in the footsteps of Philippe Claudel’s recent French drama about an ex-convict’s readjustment to civil life I’ve Loved You So Long (2008) and Lee Chang-dong’s South Korean take on the tragic aftermath of a kidnapping Secret Sunshine (2007), Troubled Water is a challenging and deeply humanist work that deals with many themes comprising the essential foundations of the modern psyche. Excellent on many levels, the picture leaves little space for critique except for the fact that Thomas’ initial motivations for the kidnapping are treated as a given and never explored.

Although clearly a great film, Troubled Water would be difficult to recommend to a wide audience as its choice of subject matter and pacing will most certainly not be everyone’s cup of tea. View this at your own risk and only if you’re feeling adventurous.

An excellent performance from Jean Dujardin in the lead role and the film's outstanding soundtrack choices alone make 99 Francs...