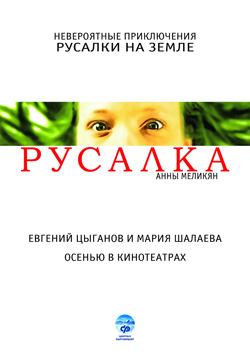 France has Amelie (2001). Korea is hyped about My Sassy Girl (2001). Now here comes Russia’s new entry into the benignly-crazy-yet-beautiful-comedy-romance genre, Rusalka (Mermaid). Masterfully crafted by director Anna Melikyan, Rusalka is clearly the work of an auteur as it effortlessly defies all attempts at conventional categorization, and instead establishes its own unique style embedded in its own cinematic world, completely original and fresh. The film’s charmingly melancholic atmosphere, lifelike storyline and thought-provoking visual elements combine seamlessly to tell a modern-day fable about life, love and fate.

In parts beautiful, in parts kinky, yet existentially sad throughout, the film opens with scenes of Alisa’s (Mariya Shalayeva) childhood in an unnamed small town by the sea. In these early memories, Alisa spends time with her grandma, dreams of one day becoming a ballerina, and discovers she has the supernatural ability to foresee future events and influence the course of fate. Alisa’s mother works at a grocery store, has occasional flings with local military men, and leads an existence otherwise boring and uneventful. Rusalka then shifts gears as Alisa grows up and moves with her family to the vibrant setting of modern Moscow after their house by the sea is destroyed in a storm. 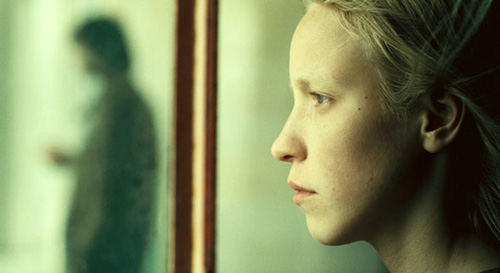 It is here in the capital that Alisa’s life really takes off as she gets her first part-time job, is accepted into a prestigious university program, and falls in love with the successful but troubled young man Sasha (Yevgeni Tsyganov) during their chance suicidal encounter on a bridge. Sasha, who carves out a luxurious living selling real estate on the moon to celebrities and others looking to spend their money, at first dismisses Alisa as a housemaid. Gradually, however, he begins to find her more interesting, especially as Alisa qualifies to pose in a “lunar girl” promotional photo-shoot for Sasha’s moon property company. 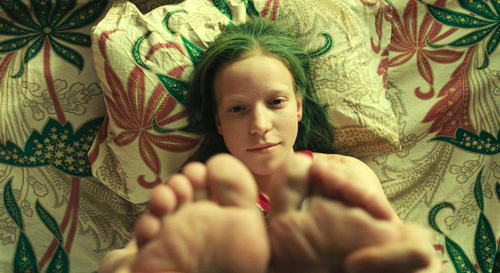 Aesthetically remarkable throughout its two hour runtime, the film leaves a lasting visual impression thanks to the excellent cinematography and largely to Alisa herself, who, with her signature green hair and wry smile, has the distinctive look of a character that will surely haunt audiences long after they have seen the film and forgot all about it. A likewise sound choice was to cast Yevgeni Tsyganov of Piter FM (2006) as Sasha since he does a great job acting here as well.

Although the logic of the film’s abrupt end has been questioned by some critics and lamented by many more viewers, it is simply the price one must pay for not having a Hollywood plot. The suddenness of Alisa’s demise is indeed shocking and sad, but in fact the director’s unusually chronological account of her life throughout the film serves as a hint of this impending event. As if to apologize for the film’s realism and lessen its guilt before the viewer, Alisa’s narrative ends with the words “such things often happen in a megalopolis”. 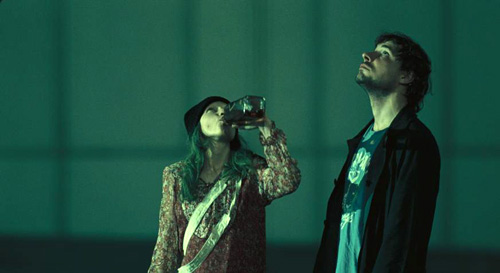 Rusalka is truly a landmark event in post-Soviet Russian cinema. It is a strikingly European film that dares to be different from the mainstream, while still featuring impressive production values. Perhaps in a nod to Amelie, Rusalka strives to explore the full spectrum of human experience and thus serves as a metaphor for life itself – kinetic, strangely beautiful and usually ending far too soon and without warning. Highly recommended to anyone who has read this far in the review.

Stilyagi stands out as a meticulously crafted musical comedy that sets a new benchmark for Russian productions in its genre.