Just when you thought the international film circuit may potentially be running out of steam, from Estonia comes Ilmar Raag’s bold new film Klass, an up-close-and-personal examination of honor, cruelty and humanity in general. From its Zen-like opening narration to the ending credits, Klass maintains shocking matter-of-fact realism and raw intensity, firmly pulling the viewer into its turbulent world of bleak pastels, sleepy vocals and disturbed minds. The Estonian setting is merely a backdrop to the drama that unfolds as the events portrayed could easily be re-imagined in the cultural context of any modern European country.

For the awkward high school geek Joosep what starts out one day as a streak of bad luck at basketball takes a turn for the worse when the other students begin to tease and harass him while changing in the boys’ locker room. Exacerbated by Joosep’s timidness and anti-social disposition, this seemingly trivial matter quickly gets out of hand as Joosep is stripped naked by the school bully Anders and his friends and forced into the adjacent girls’ locker room. While pushing on the door to prevent Joosep from escaping, Kaspar, a fellow classmate, catches sight of his girlfriend Thea, who gives him an accusatory look. Partially to appease Thea and also because he himself does not seem to find the activity particularly thrilling, Kaspar releases Joosep in front of the other boys. 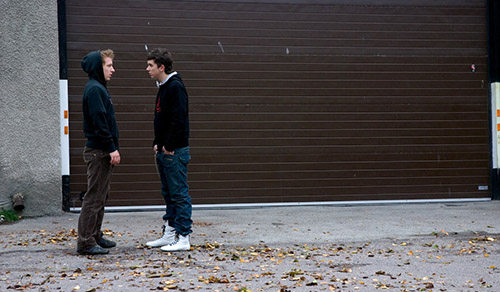 Kaspar’s action puts him on a collision course with Anders, who continues to harass Joosep in school and brings up the locker room incident again at a party, ruining Kaspar’s “moment” with Thea. While he initially denies helping Joosep, Anders’ strong words of disapproval and continuous fussing spark within Kaspar a certain anger and a desire to counteract the bullies as he begins to feel that this has become “a matter of honor”. His efforts to protect Joosep, however, are not at all popular with the rest of the class and eventually land him on a slippery slope with no escape hatch. Having fallen out of favor with Anders’ gang, Kaspar gradually loses everything: his friends, his reputation, even his girlfriend. However, as the bullies beat Joosep and make Kaspar’s life hell, on their one-way trip into misery the two new friends find themselves powerless and ultimately succumb to the nature of desperation with consequences that result in a tragedy far more horrific than anyone could have imagined.

While comparisons to Gus Van Sant’s Elephant (2003) and its Mikael Håfström directed Swedish cousin Ondskan (2003) are inevitable, Klass is a far less abstract and more shocking work as many unsuspecting viewers will readily testify after watching the film in its entirety. As if to complement the beautiful cinematography and flawless direction, Klass features a superb soundtrack that mixes elements of pop, death metal and light piano with ethereal vocals reminiscent of such critically-acclaimed films as All About Lily Chou Chou (2001) and Let the Right One In (2008). The result is a pervasive air of Scandinavian surrealism that permeates each and every shot. 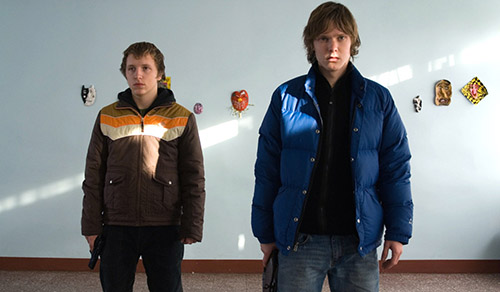 Along with Veiko Õunpuu’s Autumn Ball (2007), Klass establishes Estonia as a potent new force in European cinema. Ilmar Raag’s ability to seamlessly combine MTV-inspired jump cuts with Euro-trash soundtrack and Dostoevsky-lite subject matter while infusing the whole picture with a uniquely Baltic sensibility results in an unforgettable world-class cinematic experience that is at once visually stunning, emotionally draining and psychologically rich. Highly recommended to anyone, especially those trying to recover from the new bout of Harry Potter addiction.

One of the year's more anticipated horror releases, J.T. Petty's The Burrowers starts out promisingly in 1879 with mysterious killings...