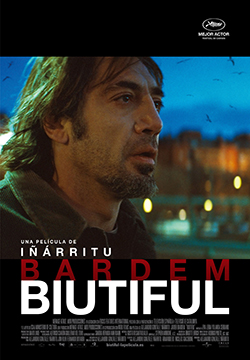 What is it with art films and the subject of death these days? First Thai director Apichatpong Weerasethakul’s Uncle Boonmee Who Can Recall His Past Lives (2010) took the Palme d’Or at the Cannes Film Festival last year, then Clint Eastwood followed up with his morbidly themed Hereafter (2010), and now we have Biutiful, the latest uber-depressing effort from Alejandro González Iñárritu, supposedly one of the greatest filmmakers operating today in the Spanish-speaking world. With Javier Bardem in the lead, this ill-fated venture into existential angst is painfully slow, ridiculously pointless, and a very far cry from Iñárritu’s excellent Amores Perros (2000).

The work opens promisingly enough with an Uncle Boonmee moment of metaphysical allusions in the winter forest of main character Uxbal’s afterlife. Iñárritu then backtracks to relate the sad story of Uxbal’s miserable earthly existence in excruciating detail. Uxbal (Javier Bardem), a divorced father of two dying a slow death from prostate cancer, lives the life of a vagrant in a modern Spanish city. His ex-wife happens to be bipolar, his brother Tito a womanizing jerk, and his life generally not worth living – with Uxbal’s apparently fondest memory being a romantic encounter he had within the confines of a tiny closet in a bygone era. Given this completely dysfunctional setup, it’s hardly surprising that the rest of the film proceeds in a similarly traumatic vein, leading credence to certain stereotypes of Spain as a xenophobic, morally bankrupt society with an illegal migrant problem and a 20% unemployment rate. 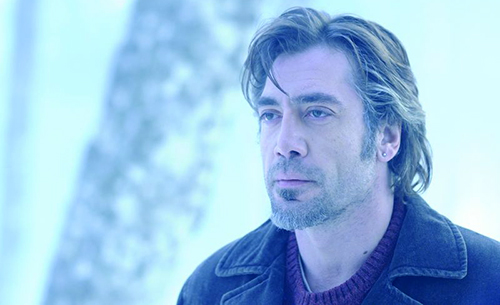 Chinese migrant workers are mercilessly gassed by a criminal gang and their bodies dumped offshore with cadavers later washing up on a beach. A gay Asian man then kills his lover for the latter’s coldblooded decision to murder the migrant workers. The film overflows with such stark yet gratuitous images of pain and injustice, it leads the viewer to wonder if Iñárritu’s sole purpose was simply to maximize the amount of suffering shown on screen in the hopes that with this goal accomplished the remaining pieces of the picture would somehow naturally fall into place and the end result find its way into the predictably unconventional hearts and minds of the art house audience. The fact is, however, that in life there’s simply too much suffering already for us to needlessly see any more of it in film. Also annoying are the completely uncalled for political overtones that keep reappearing throughout the picture: now in Uxbal’s marked disregard for money, now in a curiously placed mural of a shark devouring socialism, now in a completely unnecessary clash with the police.

The departure of screenwriter Guillermo Arriaga from Iñárritu film crew is self-evident in the muddled, inconsequential scenario which could have been safely cut by about two-thirds of its 148 minute runtime. In his no doubt very difficult role, Javier Bardem manages to shine to the extent that the script allows him to employ his acting abilities. Gustavo Santaolalla also does not disappoint with an impressively atmospheric sound score.

If you’ve ever heard the expression “like watching paint dry” used to describe a film, watching Biutiful will provide visual confirmation of the physical possibility of such phenomena. Clearly, Iñárritu’s approach to the art and science of viewer torture is well-cultivated and highly methodical, with a variety of techniques flawlessly employed – from long pans to sluggish storyline progression to artistic macro shots of crawling spiders worthy of National Geographic.

While Biutiful may not directly give you cancer, time spent watching this film will surely not contribute positively to your overall mental or physical health, so do yourself and future audiences of Iñárritu’s oeuvre a favor by going to the gym instead. Final verdict: pretentious, pseudo-artistic rubbish to avoid at all costs.