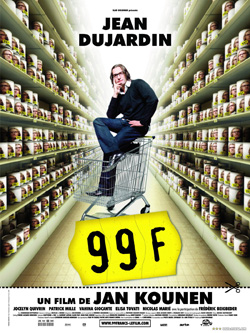 A long-awaited cinematic adaptation of Frédéric Beigbeder’s best-selling novel by the same name, Jan Kounen’s ambitious new feature 99 Francs is clearly meant to epitomize the French world view, offering an insultingly, cynically comical portrayal of modern consumer culture in general and of the advertising business in particular. Profoundly philosophical yet strikingly frank in its presentation, the film leaves a lasting impression by daring to playfully tackle serious issues while remaining dynamically paced, stylistically innovative and thoroughly entertaining throughout.

Dripping with pseudo arrogance and purposeful self-indulgence, 99 Francs opens with the appropriately grandiose observation that “everything can be bought: love, art, planet Earth,” as its main protagonist, Octave Parango (Jean Dujardin), prepares to take a leap from the roof of his office building in pouring rain. The scene pretty much sets the tone for the rest of the film – one of gradual wealth and power-induced moral decline punctuated by occasional philosophical musings, bursts of disco music and flashes of psychedelic visions. 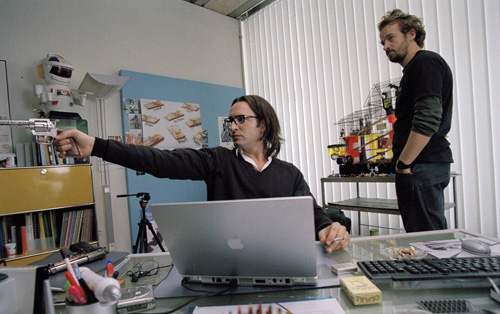 After this brief introduction and a flashback or two, we take a lengthy detour to examine the events leading up to Octave’s suicidal plunge, beginning with his toxic awakening after what appears to have been a night of mayhem. At 33, Octave is a highly successful advertising executive, popular with both the ladies and his male colleagues, who essentially makes a living by coming up with novel ways of selling people things they don’t really need or want. An artist at heart, Octave is hooked on a variety of illegal substances including cocaine, easily put off by the controlling attitudes of his superiors and considers being late a creative soul’s virtue rather than an embarrassing flaw.

Living life in the fast lane at the corporate headquarters of Ross & Witchcraft, Octave seemingly never stops to think about the purpose of his existence, whence he has come from or where he may be headed – until he meets Sophie with whom he falls in love. Their sweet little romance soon falls apart, however, when Sophie finds out she is pregnant and Octave fails to be accommodating. 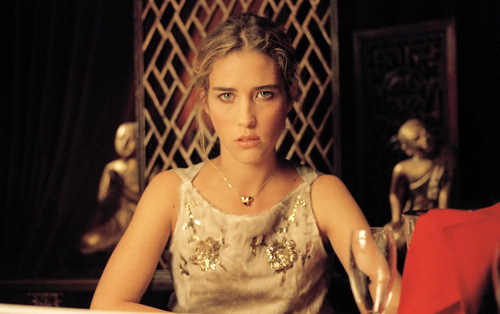 Finding himself completely unprepared for a serious relationship and losing Sophie as a result, Octave resorts first to pornography, then the services of local call-girl Tamara, and finally higher doses of drugs. This kind of lifestyle, unconstrained by Octave’s checkbook, eventually drives our protagonist into increasingly hallucinogenic states, ultimately landing him in medical care and rehab.

Following his recovery, Octave travels to Miami with his colleagues to shoot a promotional clip for the yogurt company Starlight with Tamara cast in the lead capacity. Having shot the commercial, Octave, Charly and Tamara take some extasy pills and go on a drive through the city with predictably dire consequences. 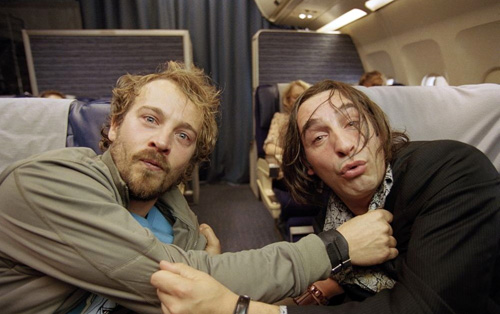 Divided into four ad-inspired, poetically named parts – I, You, She and He – 99 Francs manages to deliver not only top-notch entertainment value but also significant insight into a few of life’s little mysteries. While neither Beigbeder’s book nor Kounen’s film is positioned to offer a definitive answer to the contemporary problem of materialistic malaise, the choice of this post-modernist subject matter makes both works highly relevant and palpable to today’s Western audiences. An excellent performance from Jean Dujardin in the lead role and the film’s outstanding soundtrack choices alone make 99 Francs definitely worth watching, but Kounen’s masterful direction seals the picture’s reputation as an unmistakable must-see for fans of European and experimental cinema.

Recommended without reservation to all French cinema lovers, those interested in a satirical representation of the modern consumer culture and anyone else looking to see something different yet highly enjoyable at the same time.

Cédric Klapisch does not disappoint with Paris. Though not quite a new francophone masterpiece, the film offers a welcome meditation...