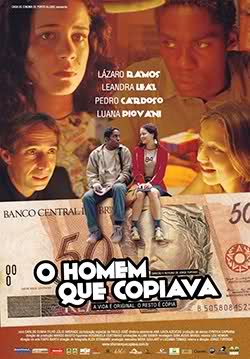 Light romance is admittedly not a genre that comes to mind when one thinks of recent Brazilian cinema, which has been largely dominated by such high profile, critically-acclaimed works as City of God (2002), The Elite Squad (2007) and Carandiru (2003). Focusing on crime, violence and urban poverty in the slums of Rio, these socially significant films have been easy to associate with a troubled image of Latin America in the minds of the international audience. Hence, Jorge Furtado’s optimist-driven work The Man Who Copied offers a much-needed respite from the doom and gloom, a welcome change of scenery that reveals a different and more gentle side of the modern Brazilian psyche.

André lives in Porto Alegre, in the south of Brazil, and scrapes by a living working as a copy machine operator. In the small shop where he works, the seductive gold digger Marinês (Luana Piovani) sells magazines, pens and erasers, philosophizing that poverty is “either destiny or stupidity” while she shares with André details about her German boyfriend and his beautiful life in Holland. In spare time, André likes to explore his creative side, drawing short comic segments which he then submits to magazines for publication in hopes of being able to eventually pursue his dream of becoming a professional illustrator.

Although André’s popularity with women is obviously limited due in no small part to his job title, he does not seem to mind, at least not until he sees Sílvia one day while snooping on his neighbors in the apartment block across the street with a pair of binoculars. For André, the attraction is instantaneous and he begins to secretly follow Sílvia as she goes about her day all the while dreaming of riches and a comfortable life of luxury in Beverly Hills bliss which he desperately wants but has no means to attain. 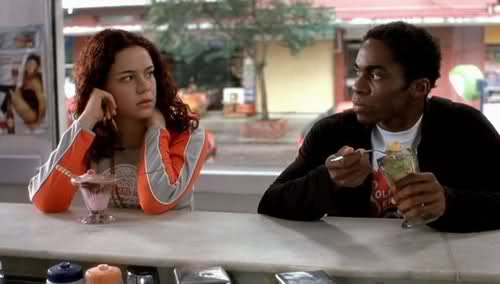 After discovering that Sílvia works in a shop selling upscale garments, Andrés decide to make contact by pretending to be a customer looking to buy a gift for his mother. Sílvia suggests a $38 night robe and André leaves the shop deeply troubled as he now feels obliged to return and purchase the robe but is lacking the required funds. In a last-ditch effort, André asks Cardoso (Pedro Cardoso), a local boutique salesman and Marinês’ newest failed suitor, to lend him the money, but Cardoso is only able to spare $10.

Resentful of his unhappy existence locked in poverty, André soon begins to consider options outside the law which would enable him to pursue his dreams. Having dismissed drug dealing as too risky and bank robbery as too complicated, he ends up making use of the brand new color copier at work to secretly print fake $50 notes, which he then changes at a lottery ticket window. One day, after paying Cardoso with a fake bill, André is overcome with feelings of guilt and confesses his secret. Cardoso, however, excited by the prospect of unlimited access to counterfeit cash, pushes André to print even more fake bills. 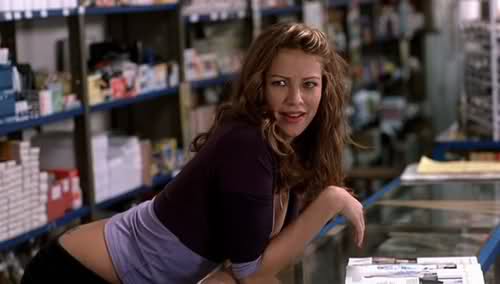 As the two begin to acquire a taste for their newfound riches, André buys some expensive transparent blinds for Sílvia’s closely observed window and Cardoso begins to talk about finding “real money” that would make him worthy of Marinês’ attention as well as enable André to marry Sílvia and take her away from her pervert father Antunes (Carlos Cunha). Cardoso and André soon man up to rob the local bank and carry off a large bag of cash, only to later find out they had also bought the winning lottery ticket while changing counterfeit currency.

The Man Who Copied is a landmark achievement in modern Brazilian cinema, an emotionally complete work that does not shy away from shining the spotlight on socioeconomic problems posed by the country’s high crime rate and great wealth divide between the rich and the poor, yet manages to remain light, graceful and filled with positive energy. Ultimately, this is a film about taking action in the present moment and not waiting for time to pass, for as André and Sílvia discover William Shakespeare wisely pointed out, when one does “count the clock that tells the time and see the brave day sunk in hideous night” one finds oneself with graying hair and barren like a wilted flower or a leafless tree in winter rather early.

Uncle Boonmee Who Can Recall His Past Lives Review

In choosing Uncle Boonmee Who Can Recall His Past Lives to receive the Palme d'Or award, a decision which effectively...