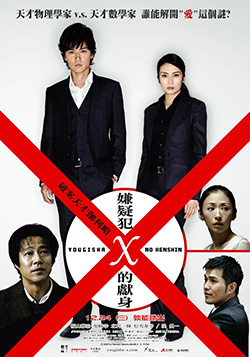 From Japan’s Hiroshi Nishitani comes the meticulously crafted suspense feature Suspect X, the story of an impromptu psychological match fought between two brilliant academics and set in the context of a murder inquiry. Convoluted to say the least, the film is fast-paced and intellectually stimulating as it consistently keeps its audience guessing with endless twists and turns reminiscent of other recent Japanese productions, most notably G@me (2003) and Death Note (2006). Suspect X is dream material for those less artsy types who can appreciate a unique and challenging cinematic perspective while also enjoying a good old rush of adrenaline.

The narrative opens innocently enough with the introduction of Tetsuya Ishigami (Shinichi Tsutsumi), a genius mathmatician and college professor who goes about his daily routine lost in thought, occasionally drinks with like-minded university colleague Manabu Yukawa (Masaharu Fukuyama) and spends nights at his desk looking for new ways to prove complex theorems. It is during one of these sleepless nights that Ishigami hears suspicious noises coming from the apartment of his next door neighbor – and unaware subject of secret affection – ramen shop owner Yasuko Hanaoka (Yasuko Matsuyuki). Upon going to investigate, Ishigami discovers what the audience has already been privy to: Shinji Togashi, Yasuko’s ex-husband is dead on the living room floor of his neighbor’s apartment as a result of a freak accident triggered by Shinji’s aggressive behavior towards Yasuko and her daughter. 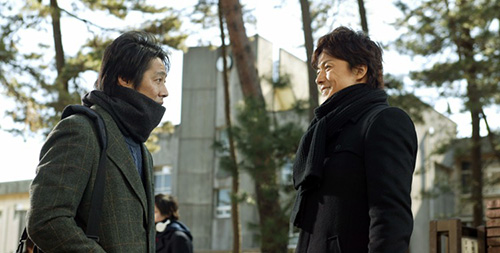 Contrary to what most rational people would do in this type of situation, Ishigami, driven by his feelings for Yasuko, decides to help her cover up the murder and dispose of the body. To throw off the impending police investigation, which will naturally focus on Yasuko as a prime suspect in the disappearance of her ex-husband, Ishigami comes up with a complex smoke screen scheme, putting together a fake alibi for Yasuko and being careful to contact her with instructions exclusively via public pay phones at odd hours of the night. Even after these efforts, however, crime investigator Kaoru Utsumi (Ko Shibasaki) remains highly doubtful of Yasuko’s supposed innocence. Soon Ishigami receives a brief visit from Kaoru; of course, he claims he knows nothing. The battle of wits between Ishigami and the metropolitan police force takes on a new dimension when Yukawa notices a curious inconsistency in his colleague’s attendance record upon being asked to participate in solving the case. After further examination of finer details, Yukawa begins to sense something fishy about Ishigami’s story and decides to launch his own independent investigation into the matter. 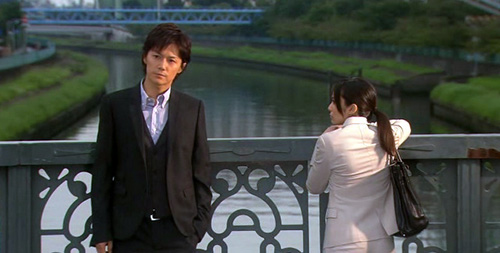 A dangerous game of cat-and-mouse ensues between these two respected men of numbers, complicated by their longstanding friendship and the accidental discovery Yukawa makes about Ishigami’s true motives. Meanwhile Kaoru moves ahead with the official investigation and unlike Yukawa who, having made his own conclusions, is not inclined to bring Ishigami to task, she will stop at nothing to get to the bottom of this grand intrigue.

Suspect X is a different, highly cerebral and entertaining film to watch while enjoying a cup of hot green tea and some extra dark chocolate on a rainy day. While the work has little depth, it is uniquely positioned at the crossroads of mainstream popularity and the more artsy avant-garde, making it easy to recommend to serious Japanese cinema aficionados and more casual film buffs alike.

Part of the nascent renaissance in Bulgarian cinema, exemplified most prominently by Stephan Komandarev's Oscar contender The World Is Big...