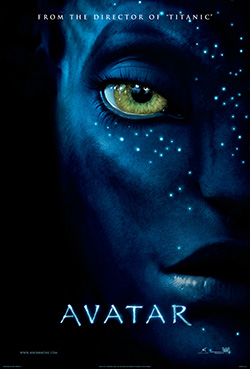 Despite James Cameron’s new space epic relying heavily on the plot devices of mainstream Hollywood, Avatar manages to impress with its scope, truly sci-fi storyline and eye-popping CGI. As a result, the film completely makes up for its minor shortcomings, which include selectively English-speaking aliens, psychopathic bad guys and rather unlikely plot twists, through the intensity and memorability of the cinematic experience it delivers as a whole. In any case, Avatar certainly gets lots of credit for being absolutely original as far as movies about aliens go and for having a message the complexity of which can at least rival The Lion King (1994).

Avatar opens in the year 2154 with our main protagonist Jake Sully (Sam Worthington), a paraplegic marine who has come from the dying planet Earth to replace his recently deceased brother, being readied for a reconnaissance mission on the distant alien moon Pandora. As with most Hollywood fare, the space center where Jake’s preparative training takes place is filled with supposed hi-tech instruments of the future, one of which is an MRI-like machine used for the body-to-body transplantation of human consciousness. Jake thus takes remote control of an avatar, his alter-ego humanoid with the brain of an earthling and the body of a native Pandoran, and is instructed to infiltrate the distant world’s indigenous Na’vi civilization. In return for capturing the “hearts and minds” of Pandora’s native beings and collecting intelligence for a potential future assault on the Na’vi base – which happens to rest on deposits of a valuable luminescent metal big business boss Parker Selfridge (Giovanni Ribisi) and his corporation are after – local military strongman Colonel Miles Quaritch (Stephen Lang) promises Jake an operation to restore his legs. 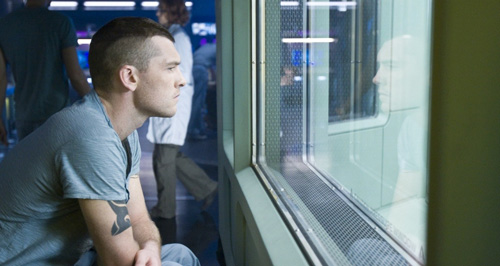 Following their helicopter landing in the primeval Pandoran jungle, which perhaps inadvertently brings to mind images from Francis Ford Coppola’s Apocalypse Now (1979), Jake, his mission co-partner Dr. Grace Augustine (Sigourney Weaver) and their team encounter a variety of dinosaur-like alien species and Jake is separated from the rest of his party. As the night falls, he finds himself struggling to make fire and fighting off packs of devilish-looking dogs that are about to devour him alive when the curiously English-speaking alien Neytiri (Zoe Saldana) shows up and saves Jake. She then takes him through the beautiful night forest to the main camp of the Na’vi and introduces him to the clan’s leaders. Jake is questioned, spared and given a chance to live alongside the Na’vi and learn their ways.

Like a child, Jake has a lot to learn as he is assimilated into Na’vi society, and Neytiri instructs him in everything from horseback riding to flying an ikran, the Pandoran name for a dragon. From time time, he is pulled out of his avatar identity to report on his progress back at the base where he periodically records video logs documenting his experiences. In addition to practical skills, Neytiri teaches Jake the more sentimental aspects of Na’vi culture such as verbally thanking animals after they are killed for sacrificing their lives to feed The People. 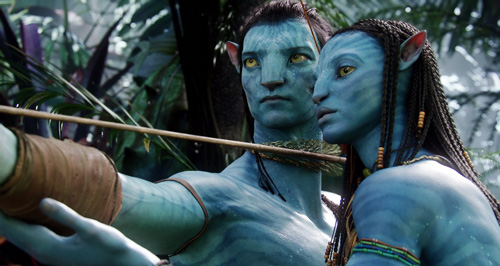 As a final test of his training in the ways of the Na’vi, Jake finds and tames his own ikran and when subsequently asked to choose a woman, predictably chooses Neytiri. The two then go on a honeymoon trip to the tree of souls, the Na’vi’s most sacred place where they can listen to the voices of their ancestors and send messages to the supreme Pandoran deity Ehwa.

In love with Neytiri and enjoying himself on Pandora, Jake rapidly loses the last traces of allegiance to his superiors and becomes convinced that “out there is the true world and in here is the dream” during breaks from his avatar state. Just as he begins to feel at home in the planet’s Vietnam-like terrain, however, Colonel Quaritch’s patience with the marine’s promises to convince the natives to move camp snaps and he sends in buldozers to begin excavating the valuable Pandoran metal. These efforts are met with resistance from the Na’vi and Jake is caught on tape as he climbs up on one of the bulldozers and smashes its video camera. Enraged by the marine’s act, Colonel Quaritch pulls Jake and the other avatars out of their seances and places them under arrest. He then sends a fleet of heavily armed spaceships to clear the Na’vi base at Hometree. 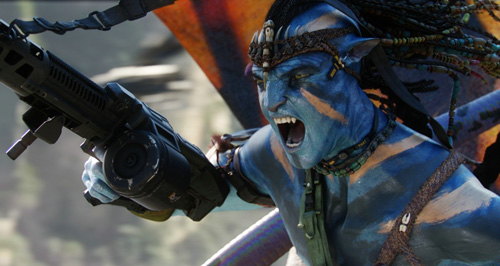 As Hometree burns, however, the avatars manage to escape with the help of helicopter pilot Trudy Chacon (Michelle Rodriguez) and set up their own base of operations on Pandora. To save the Na’vi from extermination and win back Neytiri’s love, Jake must now organize the indigenous tribes of the planet to stop Colonel Quaritch’s military flotilla as it heads for a bombing raid on the sacred tree of souls. In the meantime, Colonel Quaritch, portrayed as a psycho neo-Nazi, becomes crazier and crazier with each armed confrontation and completely loses it in his moronic last act.

With its collapsible giant mushrooms, predatory pterodactyl-types and rhinoceros-like hammer-headed creatures, Avatar is every bit as good as promised and sets a clear example of what sci-fi movies should be like.

Up in the Air Review

Jason Reitman's Oscar-nominated new film Up in the Air with master charmer George Clooney in the lead role is a...